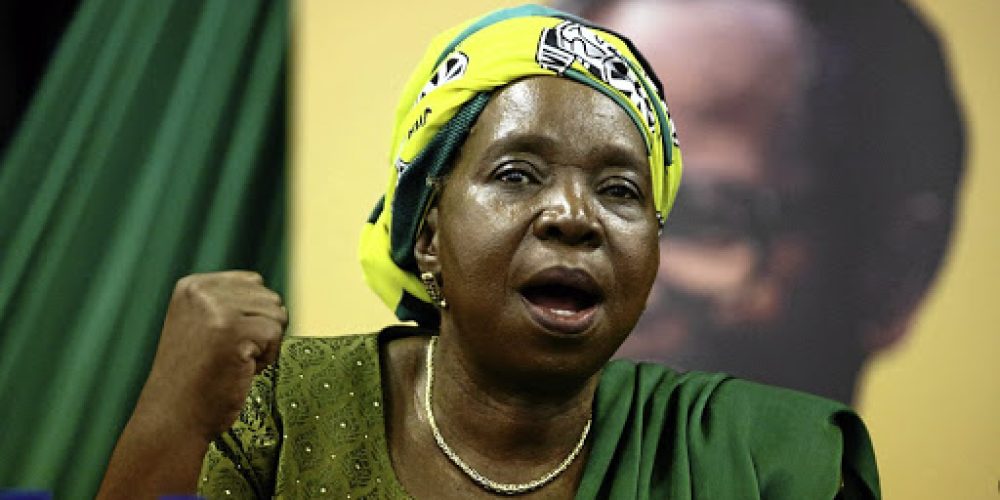 The ANC in the Free State has put its support behind presidential hopeful Dr Nkosazana Dlamini-Zuma to take over the baton as ANC president in December.

The Free State is the first province to officially endorse Dlamini-Zuma.

The Women’s League, Youth League and the Umkhonto we Sizwe Military Veterans Association have also come out in support of Dlamini-Zuma.

Deputy President Cyril Ramaphosa has officially been nominated by the Northern Cape and the Western Cape, the smallest provinces in terms of how many delegates can be sent to the conference.

ANC delegates cheered as the consolidation of the nominations was read out in the closed session. Details of which branch nominated which candidate were not provided.

The Free State will send 409 delegates out of the 5,207 who will vote in the ANC’s December conference.

The province has 307 branches, of which 291 are in good standing. Less than 10 branches were set for a rerun, the province said.

The ANC in both KwaZulu-Natal and North West is also expected to back Dlamini-Zuma, while it is not clear

which way Mpumalanga will go as it is said to be pushing for a unity platform.

Magashule preached a message of unity in his address on Tuesday evening in Parys and said members should “put whatever differences aside and focus on building and strengthening the ANC”.

Magashule said that the province’s leadership had over its three terms in office always reached consensus and that the leadership was united.

Proceedings were delayed for almost seven hours and ANC Free State spokesman Thabo Meeko blamed this on the ANC’s own electoral commission, known as ANC Elexion.

The ANC in the province held its provincial general council a mere three days before the province’s elective conference was set to take place this weekend. A new leadership must be elected during that gathering.

Magashule, a staunch Zuma ally, and the rest of the Free State’s provincial executive committee have already overstayed in their positions in terms of the ANC constitution.

A new executive committee was set to be elected this weekend in Parys.

Magashule has been leader of the province since the early nineties and is set to contest the position of chairman this weekend, even though he is

also contesting for the position of secretary-general in the national leadership.

However, it is not a done deal that the province will elect a new leadership this weekend as a court judgment is due to be delivered on Wednesday in which a full bench of judges in the High Court in Bloemfontein has been asked to rule that the conference should not take place this weekend.

Hanno Bekker from Bekker Attorneys, who acts for the disgruntled ANC members who have taken the provincial executive committee to court, said that they had also asked that the delegates from branches that were not properly constituted and were therefore unlawful be interdicted from attending the national conference to be held in Gauteng later in 2017.

The case was heard on Monday and a ruling was set to be handed down on Wednesday.

If the order is granted, it could result in fewer delegates from the Free State attending and voting at the elective conference.