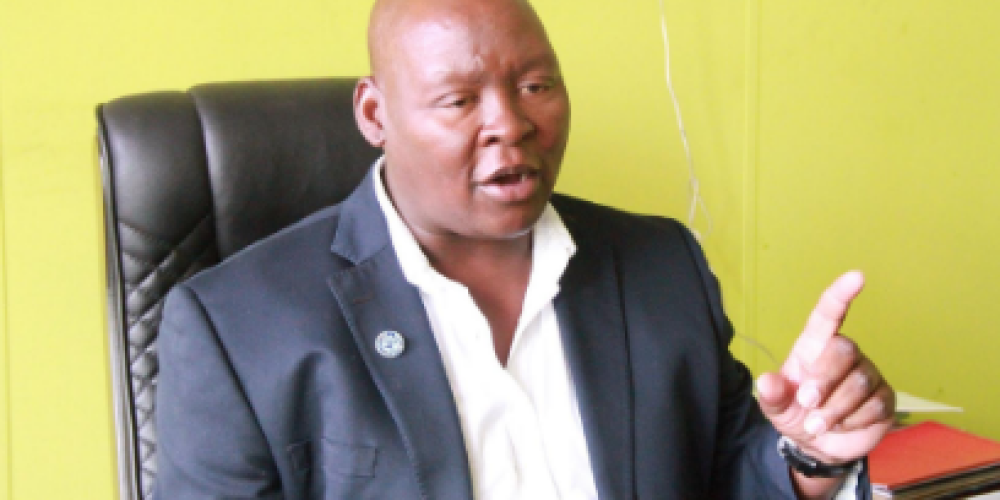 The illintent of rotten apples that seeks to overthrow an elected Free State provincial executive committee PEC of the ANC was defeated at the Free State High Court yesterday. The court struck the matter off the roll and ordered the applicants to exhaust all internal dispute resolution mechanisms to have their concerns addressed. Last week two members of the ANC that had gone to court to compel the party’s leadership to set a date for the delayed elective conference agreed to settle out of court after the organisation indicated that the conference, set for 0103 December, shall indeed happen. Yesterday however, ANC members Mcebisi Bokwa and Lonwabo Dyi argued that the PEG’S term to hold office expired on May 12.

Another applicant, Lefa Mifi, also wanted the PEC dissolved on grounds that its leaders would impose candidates that will attend both the provincial and national elective conferences on the branches. Mifi had previously written to ANC provincial chairperson Ace Magashule demanding that the PEC be disbanded by October 14 and threatening legal action if this did not happen. However together with his clique they were made to “eat humble pie” when the court poured cold water on their case. Inside the court yard CR17 members took off their tshirts when they heard struggle songs by a group of ANC supporters that attended the proceedings approaching the court. The courtroom was packed to capacity with provincial, regional and youth formations of the ruling party in attendance and vowing to stop at nothing to defend the ANC. Talking to the media outside of court, ANC provincial secretary William Bulwane said the decision of the court to strike the applicants’ case off the roll allows the party space to go ahead with branch general meetings in preparation for the provincial elective conference as planned.

Bulwane said those that brought the organisation to court can console themselves that it is not yet over as the matter can still be reinstated at a later date. However, he noted, this would be of little help as the ANC would have proceeded to have its provincial and national conferences by then. Bulwane said he is saddened by ANC members who had been given a second chance to belong to the organisation after they had joined both the EFF and Cope, who now joined the ranks of those seeking to overthrow the PEC using courts. “There is no court that can solve the problems of the ANC better than the organisation itself. We are going to defend the organisation come what may; this victory today is not about ourselves but about the organisation of our forebears. This tendency of taking the organisation to court is new and has never practised in the long history of the movement. However I’m happy today because the court taught them there is no branch of the ANC called the court:’ declared a bullish Bulwane. He warned that there are no short cuts to power in the ANC and that those who use their money to try and sway branches’ support to their factions better think again.

Notable among leaders of the CR17 faction at court was the former MEG for sports and recreation, Dan Khothule. Bulwane blasted Khothule for having posted on his facebook page that the court case against the organisation is set to see sparks fly. “Dan Khothule is one of them. He posted on his facebook page that birds will sit on people today, but where is he now? His tail is now between the legs and he’s not posting on the verdict. You may have the money that we don’t know where you get it from, but if you are a VIP and are not rooted in the branches and only know them when it is conference time, you will never lead this organisation:’ he said. The second landmark ruling which paves the way for the province to hold its elective conference was attended by the provincial chairperson of the ANC youth league, Makalo Mohale as well as ANC Mangaung regional secretary Paseka Nompondo. Makalo told ANC members and supporters that the court ruling is a call to all branches of the organisation to intensify the campaign to have Dr Nkosazana Dlamini Zuma take over the reins as President at the December elective conference and that Free State chairman Ace Magashule be elected general secretary of the oldest liberation movement on the continent.

Meanwhile the leader of the South African Council of Churches SACC in the Free State, Reverend Sello Dire, said the church is worried that the ANC structures are being undermined by individuals with a zest for power through the courts. He said the church supports the call made by President Jacob Zuma and Dr. Magashule not to tamper with the unity of the organisation with unwarranted public spats and supporting factions. “These people that are taking the ANC to court are selfserving. They undermine protocols and processes of the organisation they claim to belong to. Theirs is not the love of the movement because they despise it, seeking to rule over the majority through the hand of the court,” said the man of the cloth. He added that going to the courts to fight political battles is for the benefit of the individual not the organisation, reiterating that branches of the organisation, not the courts, are the final arbiters when it comes to choosing the leadership of the party. “The ANC is unique in that power lies with the branches, anyone going to court is not grounded with the masses, otherwise why go to court if you have the backing of the branches?” he quipped. In his application Mifi, represented by Hanno Bekker Attorneys, said the PEC had outlived its official four year term of office which had expired in May.

However the organisation argued that outstanding matters that are the domain of the national office of the ANC, including branch audits which were only completed in September, delayed the holding of the provincial elective conference. A planned provincial elective conference of the ANC on August 10 was eventually used as a cadres assembly after logistics related to audits prevented it from going ahead. Those taking the ANC to court believe that the 2012 ‘miracle’ of disbanding the ANC provincial leadership via court process will happen so that the Magashule leadership can go to the national conference without a credible backing. The pre2012 elective conference court cases prompted the National Executive Committee of the ANC to make a standing decision that those who take the party to court they have expelled themselves. As the movement is faced with this foreign and alien tendencies a call to put in motion the NEC resolution is more needed than ever.