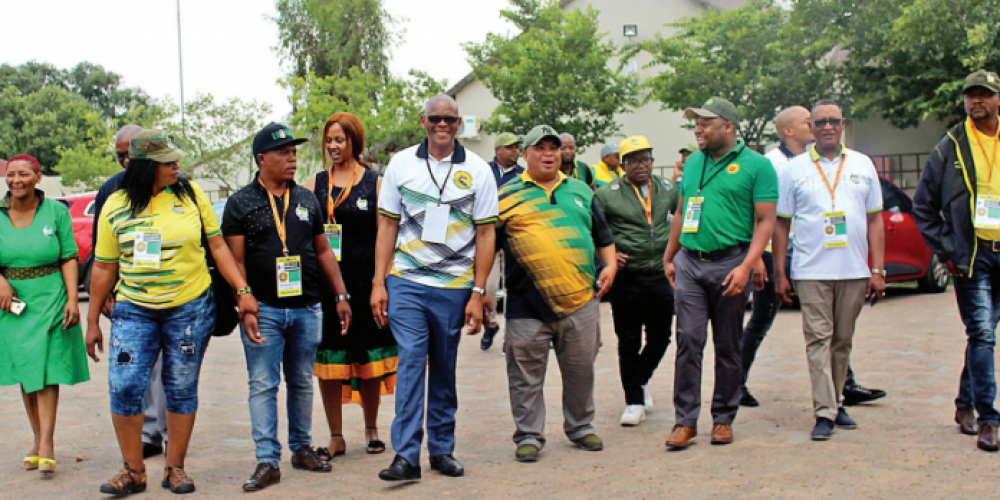 A faction led by deputy provincial chairperson Thabo Manyoni was expected to file court papers yesterday as part of their attempt to scupper the provincial conference.

The disgruntled group was also seeking an arrest warrant for Magashule. However, provincial spokesperson Thabo Meeko said that he was not aware of this move and was not expecting anyone to be arrested.

By the close of business yesterday, the expected court action failed to materialise with the Magashule-led PEC calling Manyoni’s bluff and proceeding with the conference. The election of a new leadership structure was set to take place last night with Magashule standing for chairperson uncontested.

“We have reconvened all branches as per court judgment. We are not aware of any court case against us. We have no intention to defy the court, but the ANC must conduct it’s business.

“People who took us to court, we created space to engage them. We will give everybody an opportunity to raise any issue.Issues of boycotting, we can’t speak on that … in fact, no one is boycotting. The provincial secretary has not received any apology from the deputy chair.

The ANC Youth League (ANCYL) in the province added to the pressure on Manyoni, calling for his expulsion from the ruling party. ANCYL spokesperson Sello Pietersen described Manyoni’s actions as “unacceptable” and deserving of “harsh sanction”.

“It looks like these comrades have access cards to courts. What baffles me even more is that most of these people who take us to court are unemployed and we wonder where they get money from,” Pietersen said.

Despite failing to act on its threat of litigation, Manyoni’s spokesperson Monnapule Ntamu still insisted on proceeding with the threatened litigation. Hanno Bekker of Bekker Attorneys, which represents Manyoni’s group, said the outcome of the ruling of November 29 was that any provincial conference planned by the ANC Free State would not be able to proceed until a rerun of the branch general meetings.

“As such, the PEC effectively no longer exists as their time has lapsed and therefore no longer has a mandate to represent the province,” Bekker said. He said the provincial conference that is under way in Parys is in contempt of the court order.